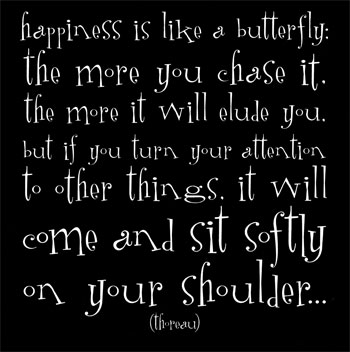 Sounds to me that you invest too much too soon. I’m guilty of that too but when the person who doesn’t invest it back it’s very painful

I don’t think it has much to do with getting a return on my investment as much as it is about suddenly, abruptly branching off and becoming indifferent

but you pour so much of your hopes into someone, you’re bound to get disappointed at some point. Your expectations are too high and people know they are going to fail you

But I don’t HAVE expectations! That is what is so twisted. People think I do but I don’t. I am only asking for decency, courtesy. I am not asking for anyone’s hand in marriage

yes that is what I think too. But I make this very clear; that I want nothing. That I expect nothing, that no one owes me any explanations. Just let it be. You be you, I’ll be me. But no. That’s not good enough

it’s so bizarre for someone to behave like that.

its not – that is my point. Its not. This is how people are these days I have seen it once too often to believe it is an exception and not the norm. The world doesn’t make too many of you or me. People who give and are okay with not getting back. People who just want to feel loved, have some affection. Nothing too great… But emotions are pricey. Feelings come at a price that most will not pay. Feelings are the greatest currency in the world today. People even gamble with it. I know. I have been both pawn and king…

I can feel the tension. I also know that I am probably the only one feeling it. Because I sense I have been blocked out. I feel the wall. I want to only to ask WHY? What happened? What went wrong? Where did I fuck up? Please just tell me so I can get on with my life and not be suspended like this. I am being ignored and it is deliberate and I am sensitive enough to pick it up. I know when it’s just someone who is busy or preoccupied etc. but being ignored is very… solid.

I know this is not about so and so, or anyone else but me. This is me. My reactions and the way I do things. That is where the problem lies. These kinds of experiences are familiar to me so that is how I know it’s me. It’s a pattern. Always too much, too soon. Its more than most people can handle. I think… no, I KNOW that it is life throwing me the same experiences to me again and again until I respond differently and break the pattern

I’ve also started to care less. I figured when you want something badly, you leave yourself very vulnerable. At the end of the day I think I had to choose mental health over fulfillment

when will I ever gain that kind of enlightenment? It is so simple. Just a choice. A choice to make and keep. A choice that will unchain me. But I can’t for some reason.

yes, it’s tempting to stray because you are so much more creative when you are desperate

yes and because… somewhere I think, I hope, I might be right. That somewhere there is someone who understands this and doesn’t just think I am some psycho they need to run from. Just because I show them more than others do. Just because I share my affection so generously.

when you stop looking you’ll find it…