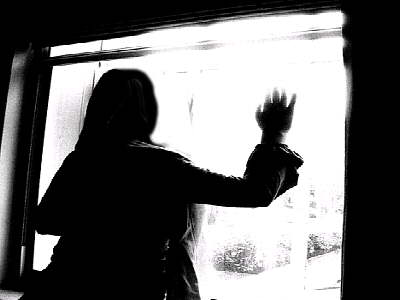 Viva, this is about you.

I have always felt alone. Even in crowds. Even with lovers. In the midst of friends. Always alone. And my sad, pathetic predicament is that I must be one of those few in millions for whom wish fulfillment is a reality and not the stuff of urban legends. Because true enough, I have felt it and it has been so. Which came first? I don’t know? Whether what I felt translated into fact or whether my solitary state has really been the result of saying it once too often.

There are parts of my life that I cannot recall any longer. Long term medication has dulled my memory. It wasn’t a side effect. That was the point. I was not to remember those demons. The days that turned dark at midday when my mind became clouded with fear and foreboding. The hours that seemed like days in hell and those weeks that flew by when I lay unmoving on my back waking only occasionally for my eyes to meet the ceiling and bare walls. The rooms that were suicide proof. No pulleys or curtains, no sharp objects. And not even a fan.

How did I get there?

She ignored me. She refused to take my calls. She said she could not bear me. That I was… how does one put it, too much to take. She laughed in my face and called me fucked up, unstable and said I deserved to be in a hospital. And that is exactly where I ended up.

Each time I reached out to a lover in a moment of extreme trauma that I have been denied. My calls will go unanswered. My messages rebuked. I will be ignored. Anyone who has been ignored by one they love will know how that makes you feel utterly unwanted. How it makes you feel unworthy. And that is when your self-respect and pride need to step in. That is when that little voice inside is supposed to speak out and say, “stop! enough! hold yourself back!”

My little voice has drowned somewhere inside the cavernous, corpulent mass of flesh that I am.

I begged like I have never known myself to. I threw myself at your feet and begged… Yes there is no other word. I begged. And with each word, every disgusting pleading word I hated myself more. But I begged some more. I was shameless. I said I was falling apart. I was coming undone; a mess. Today I understood the power of words.

Tonight, I remembered parts of my past that memory had generously packed away for me. It was as though I’d had an out of body experience. It was as though I was possessed. For 2 hours I raved and flayed about. I could not imagine what I was seeing. Were they hallucinations or shreds of my past? They seemed remotely familiar but my memory refused to acknowledge them as its own. It was dissociating. Here was a part of me that even I was unwilling to accept.

I pleaded and begged but like those deformed, luckless millions at Indian traffic signals and railway platforms, I was ignored. If you beg, you will be treated like a beggar.

Tonight was not new to me. It has happened before. The silence and rejection. The words. The rage. The feeling of utter helplessness where killing oneself seems to be the only solution because one cannot face tomorrow after living through tonight. The shame. My own. Theirs. They might not be able to face me. And I will not be able to face myself. They may turn away embarrassed. Such loss of face… there is nowhere to turn but within.

All along a song played in my mind. Like a requiem. I hadn’t realised I’d ever listened to the words but I knew them all tonight.

No one ever speaks about the monsters

I used to have demons in my room at night
Desire, despair, desire
So many monsters

There are monsters outside …
… Outside the words

One thought on “Changes are shifting outside the words”