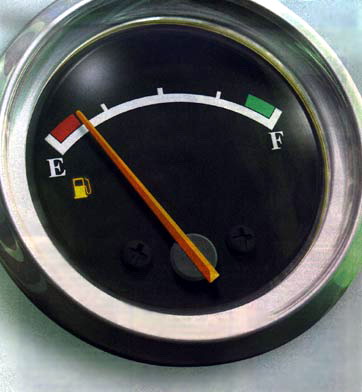 Before you, there was enough. More than enough for me. I lived amidst plenty and had no want for more. But I received more, nevertheless, unasked. Never mind.

You were sent to me and I was found to you. Flawlessly flawed and imperfectly perfect. All I had never asked for. And all that I had ever wanted. I adored you. I could not imagine that you walked this same earth, lived under that same burning sun, breathed the air that some point or another, might have been swallowed by me. How could you have lain beneath the same stretched sky at night counting stars, making wishes, feeling silly for doing so, making them anyway? Just as I had done. Exactly like me. You had lived in my world for thirty years and I had never known you existed, until then. And when I met you all I kept thinking, naively, was how you must be the most  beautiful human being anyone could hope to set eyes on. At least to me you were, in all the twenty-eight years I had lived, and the little I understood of love and human beings.

And then as fascinatingly as you had come, you went. I had almost expected it. Like you expect to wake up in your bed after a dream, or a nightmare. I was expecting it. You might even say I saw it coming from quite a way away. But when it happened, it was like a bullet through my chest.

There is everything else, still. Everything else I knew of before. My plenty. All that is still here for me. But I donât know if itâs that important. Or if it amounts to all that much anyway. I think I donât really care anymore and that makes me sad because I remember how all that I had before seemed more than just enough, and I remember feeling very lucky. And look, here it all is still, and it makes absolutely no difference to me. I keep looking down at my hands. I don’t know why I do that. Probably because they seem to mirror the loss best, they are so small and so empty. You are gone and I feel poor and ashamed for my bare life. I feel my life must look very naked without love.

The world looks bled. People are just noisy cardboard cutouts, and all pervading is that same invincible silence that belonged to you. Of all the things to leave behindâ¦

So now, there is your silence and my nothing, and so much of both. I have never heard so much silence or known so much nothing. It makes my senses seem alien. Itâs funny how something can fill you up and leave you feeling so empty anyway. In the beginning, the pain was exacting. I could feel it pull at my gut and I would keel over on my knees holding on to myself, trying to scream. Trying really, just to make a sound that might sound like how I felt. But I donât think there is a sound like that because every time that happened, there would just be this moaning echo that pushed its way out of my throat. I realized that there is no sound for loss because there is nothing there, you see. Itâs loss. That means itâs not there anymore. Itâs gone.

There is all this room inside of me and it is all empty, all of it. I felt like an inflated balloon and when I tried to scream all the air came out. And itâs left me pretty flat.